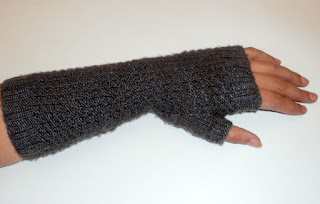 I scoured Ravelry for the perfect pair of fingerless gloves, and just couldn't find exactly what I needed. Of course Ravelry had a wonderful selection of gloves, but I needed something specific, something very fitted to keep my hands warm while typing or knitting. Something pretty, but with minimal difficulty. So I decided to make my own pattern. 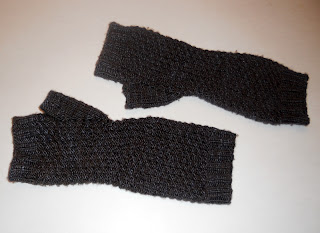 I love the Double Seed Stitch (also known as the Double Moss Stitch), but realized the decrease would be a challenge to figure out. I frogged my first glove twice before getting it right. Please feel free to leave questions in the comments if anything is unclear and I will do my best to answer.

Take me back to Ravelry.

DSS Decrease: The double seed stitch decrease is done over two rows. The first part of the decrease should be done on on Row 2 or Row 4. There are 2 decrease instructions below, which one you use will depend on if you are beginning the decrease on a k st or on a p st.

To begin decrease on a k st-
DSS Decrease B1: (Row 2 from pattern instruction) On 2 k stitches from the row beneath k2tog , place marker, p2tog, complete the row.

Fresh Stitch Fingerless Gloves: Both right and left gloves are the same pattern. 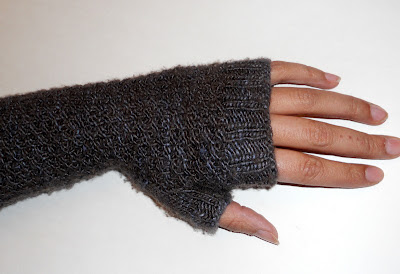 Lalania Simone
I am a self confessed craft junkie and crafty instructor. I am also the author of a book that has nothing to do with stitchery, though is about crafting your reality, called Urban Soul Warrior (available in bookstores). Find me at www.stitchfetish.etsy.com pinterest.com/stitchfetish/ http://www.flickr.com/photos/lalaniasimone/ Contact me at lalaniasimone at gmail dot com